There has been a revolution in the way that we work.

Pretty much overnight, the whole world had to adjust, fast, to the greatest public health threat in living memory. As a result, changes to our working culture that were expected to come in the next 10 years were rapidly accelerated. Faster than you can say “whiplash,” our kitchen tables became our workstations, and many people who used to spend their days in the office have yet to go back.

There’s no denying that it’s been a challenge. But it’s one that companies the world over have been rising to! Now, there’s no doubt about it: remote, flexible working is here to stay. 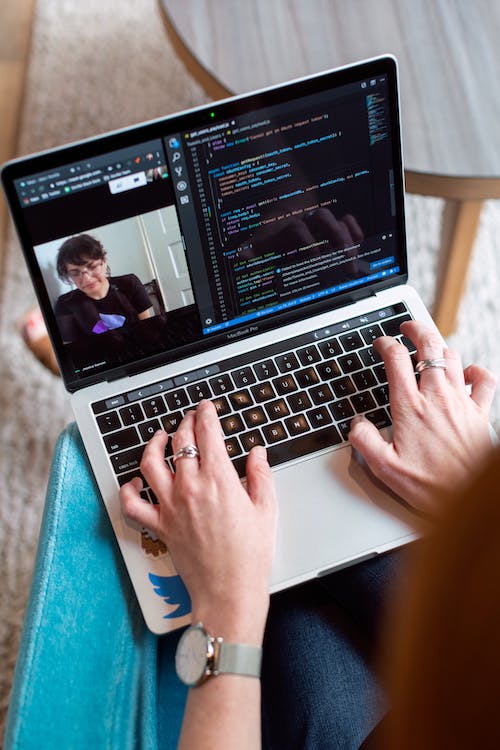 The Future Of Remote Working Is Today

We have found ourselves thrust into the future of work since the onset of the coronavirus crisis. So, since we’re already there (and we know it can work), plenty of big-name companies have made the call to keep the ball rolling.

Facebook is probably the most high-profile company to implement a permanent pivot towards remote and flexible working. It was announced in May last year, a couple of months into the pandemic, that most of Facebook’s US job openings would be made eligible for remote workers. And, of its approximately 48,000 employees, it is anticipated that in the coming decade, about half of them could be working from home permanently. Even Zuckerberg himself has said he plans on working from home more of the time!

Salesforce has also announced plans to alter the way its employees can work moving forwards. After carrying out employee surveys, the company has a brand-new strategy that will allow workers to do their jobs in whatever way makes sense for them.

And why not? Remote working brings with it the potential to improve the work/life balance of countless workers across the world. Not only that, but it could also help us to make greater strides towards innovation, diversity, and an improved worker experience, among other things.

It seems that flexibility is the word on everybody’s lips at the moment – and for good reason! Having had to invest time and money into making working from home possible for huge numbers of employees, companies have proven (intentionally or otherwise) that a more flexible way of working is achievable.

Already, we can start to see how this will change things when it’s safe for workers everywhere to go back to the office.

Companies of all sizes are bringing in new policies that give employees greater control over exactly how they work and from where. Twitter, Facebook, Salesforce and more have started giving their workers the choice to work either in the office full-time or from home. Or, if they want to, flexible working options will also be made available to many.

However, it’s Spotify that has put forward one of the most interesting flexible working options. Offering employees a co-working space membership if they live far away from a Spotify office, they have shown that there are plenty of ways to think around the problems that flexible working poses.

You might be thinking that flexibility is all well and good, but that whole industries have been built on the idea of collaboration in close quarters. Silicon Valley is a perfect example.

The emphasis companies such as Google, Apple, and Netflix place on people working together at the same table has not just influenced the products and applications that shape our everyday lives, but also the way that offices are designed more generally.

Now, though, the days of whole workforces gathering are gone. This, you might think, would quash the ability of teams to coordinate and collaborate effectively. But, actually, the shift to remote working opens up new possibilities for collaboration!

It has become increasingly clear over the past 12 months that you don’t need people to come together around a conference table to initiate a brainwave – especially if those people have had to wake up earlier than necessary or spend far too much time and money on their morning commute. With remote working, ideas will come rolling in from people who have balance in their lives.

Not only that, but the variety of ideas will increase. With fewer limits on who can be involved in the discussion, there is more opportunity for new knowledge and fresh thinking to start shaping the future of business. 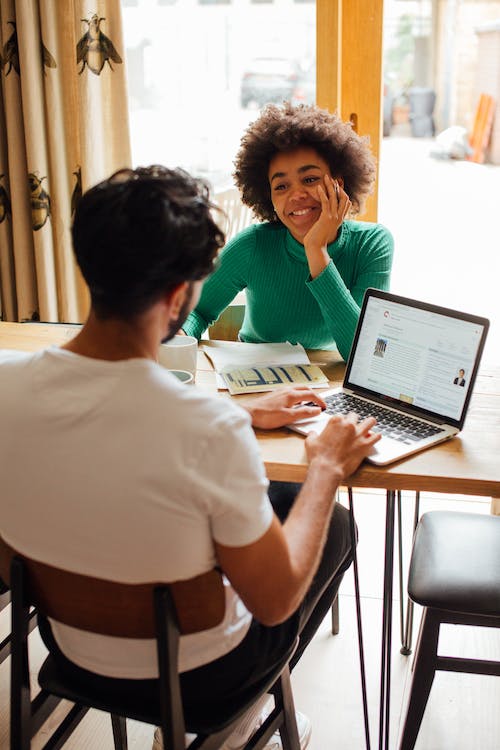 To make remote working a success, new technologies will have to be brought in and experimented with. Because, let’s be honest, there’s only so much you can do with a morning video call, emails, and instant messaging.

Managers must know that everyone on their team is on the same page, new employees will inevitably need guidance, and co-workers will want the camaraderie that comes with working with people in the same position as them. However, all of these things are far more easily achieved in an office environment.

So now, then, is a time for innovation. Take Facebook and the other big tech companies as an example. The current climate presents them with a unique opportunity to put their money where their mouth is with their products. If they can show that technologies such as augmented reality and virtual hang-outs can improve the new working culture, they have the opportunity to help shape the future of work for us all.

What a lot of this loops back to is worker experience. How can our so-called “new normal” help to improve the lives and careers of employees in all different industries? Well, looking ahead, it seems as though remote working has plenty of potential to do just that.

It has become increasingly clear that a good worker experience should not just be defined by how happy or productive a person can be in an office environment. Workers don’t just exist at work. Their lives outside of the normal nine-to-five are important, too, and should be considered by managers and CEOs.

So, for those who have childcare obligations, appointments, or important errands to run, the added flexibility of working from home allows them to more comfortably fit everything into their day. As long as they get their work done and do it well, it doesn’t really matter when or where they do it.

Not to mention the fact that remote working has been found to increase productivity, too. In fact, in a study conducted by Stanford University of 16,000 people, remote working boosted productivity by a massive 13%! Clearly, then, it’s both individuals and whole companies that stand to benefit. From individual workers to wider workforces, remote working looks set to completely shake things up in terms of the diversity of different teams. And rightly so! Following the equality movements that, along with Covid-19, have helped to define the last year of our lives, it is more important now than ever to diversify the talent pool.

Some people may have the necessary skills to work for a big business, but not have the funds to support lengthy commutes each day. Other qualified individuals might have to stay at home to look after their children or care for sick relatives. Some might even live in a different country. Whatever the reason, there are plenty of people out there who are unable to go after the roles they really want, because of the strictly “in-office” workplace culture that has been cultivated.

But, with remote working, companies won’t be restricted to hiring people within a 50km radius of the office. As such, access to talent will be limitless. And, with limitless talent comes limitless possibility, for people and businesses alike.

Companies putting a stop to people mixing in their offices helped to slow the rapid spread of the coronavirus. But the threat still remains for office workers and the people they interact with on a daily basis. So, it only makes sense to keep some form of working from home policy in place as coronavirus restrictions ease.

Twitter is just one example of a company doing exactly that. With the remote working options included as part of its phased return to work strategy, employees will get to decide whether they want to carry on working from home or begin going back to the office. Once the offices reopen in full, it will then be up to each employee to decide whether or not they want to go back at all.

It’s important to acknowledge that we are unlikely to ever be entirely rid of the coronavirus. As a consequence, there are now additional stresses attached to being in the office. So, for people worried about their wellbeing in work, remote working will offer them a much-needed sense of security, while still allowing them to be as productive as before – if not more so!